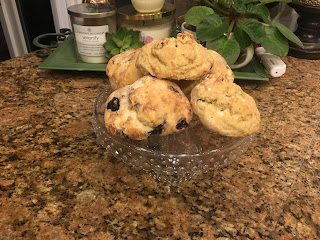 Who was this woman? We know her husband was dead and that she was now the head of her household. She was from the territory of Sidon (modern day Lebanon), which was the same region that Jezabel was from, so she was not a Hebrew woman. The people from Sidon worshipped Baal. This woman had a son, assuming he was not of age as he lived with her. She was a strong woman as she was found outside the city gate gathering sticks to make her last meal.

Elijah had been camping, so to speak at the brook in Kerith Ravine east of the Jordan River because of the drought the country was experiencing. When God told him to “go at once,” it would have been a couple of days journey to the Mediterranean coast. Elijah had just been supernaturally provided for during his time at the brook. Twice daily the ravens brought him bread and meat. When God told him to go to the widow, he didn’t think twice. God had provided for him first.

When Elijah found the widow she was preparing her last meal. She had lost hope of a future for her and her son. The prophet Elijah, shows up at the last moment and asks her for a drink of water. It’s often noticed, throughout the scriptures there are stories of people asking for a “drink of water.” For example, Abraham’s servant to Rebecca and Jesus with the woman at the well, just to name a few. Elijah, asks the widow for a drink, and during a drought no less, as she’s preparing to die. This is probably why she didn’t deny his request. But, Elijah goes even further by asking her for a small cake with the last of her flour and oil. Then what is left over to make something herself and her son. 1 Kings 17: 14 says “’For this is what the LORD, the God of Israel, says: ‘The jar of flour will not be used up and the jug of oil will not run dry until the day the LORD sends rain on the land.’”

There are two parallels to this story. The first is that this is a picture of tithing. Elijah represented God. In Malachi 3:10 says “ Bring the whole tithe into the storehouse, that there may be food in my house. Test me in this,” says the LORD Almighty, “and see if I will not throw open the floodgates of heaven and pour out so much blessing that there will not be room enough to store it.” In those days, a tithe of seed and grain was given to God for future supply and provision. This was especially important during a season of drought. The second parallel to this story of God’s endless provision was in the wilderness with the Israelites of the manna, the forty-year supply of bread from heaven. (Exodus 16) What’s so interesting they were to gather an Omer of bread for each person in their tent. An Omer was one-tenth in dry measurement of an Ephah. We again see the tithe in this miracle. As we know tithe means one-tenth.

God, tithed his portion of bread for his children in the wilderness to sustain them until they arrived in the Promised Land. God was at work preparing for his greatest tithe to mankind, Jesus. John 6:50-51 says “But here is the bread that comes down from heaven, which anyone may eat and not die. 51 I am the living bread that came down from heaven. Whoever eats this bread will live forever. This bread is my flesh, which I will give for the life of the world.” Jesus is the bread of life that sustains us daily in this life. He is our nourishment until the day we stand face to face and are received into our eternal home, the eternal Promised Land.

The second portion of this passage is when the widow’s son became ill and died. She felt she had done something wrong and that was why Elijah’s God took him from her. How often do we feel we've done something wrong and God is punishing us when we experience a trial or loss? This is the second miracle in Elijah’s ministry. He stretched out over the boy 3 separate times crying out to God to return his soul to him (1 Kings 17:21). We discovered that Elijah was an intercessor and that he didn’t give up after the first cry. The boy’s life returned to him. This passage concludes with “Then the woman said to Elijah, “Now I know that you are a man of God and that the word of the LORD from your mouth is the truth.” 1 Kings 17:24. The widow had discovered a God who was a provider and a life-giver. He is a God of the supernatural. He still the same today as he was then. Who do you surround yourself with that encourages, prays and stands with you in times of trouble? You can invite Jesus to be your friend, he is the one seated at the right hand of the Father making intercession for you (Romans 8:34). But God has also provided people to encourage and support. Find those who will stand with you in challenging times. Like this widow, it's God's desire for you to see him do supernatural miracles in your life. He sent Jesus to give us life and a life more abundantly (John 10:10).
Posted by Jayme at 9:48 AM No comments: