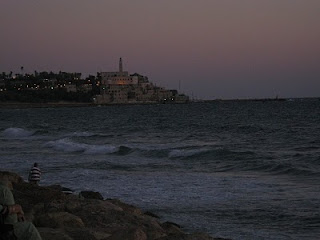 Over the past week, we've been reading through a few of the minor prophets. There are many "I wonders" in these books. I am one of those "I wonder" people. As we look at a few of these books, I would like to leave you with some thoughts.

The Book of Amos is not one of the more "quoted" books, but there was a verse in the book that caught my attention. It is Amos 8:11. It says, "The days are coming," declares the Sovereign Lord, "when I will send a famine through the land-not a famine of food or a thirst for water, but a famine of hearing the words of the Lord." Hmmmmm, could this possibly be the warning to the people of the four hundred years of silence between the Old and New Testament?

In Micah 5:3 it says, "Therefore Israel will be abandoned until the time when she who is in labor gives birth and the rest of his brothers return to join the Israelites." The New Testament begins at the birth of Jesus. God's silence is broken. Think about that. Whenever God speaks it is life-giving. For four hundred years God was quiet. He did not interact with His people. I could not imagine not interacting with God for one day.

Obadiah had another interesting "I wonder" verse. Verse 15 &16 says, "The day of the Lord is near for all nations. As you have done, it will be done to you; our deeds will return upon your own head. 16Just as you drank on my holy hill, so all the nations will drink continually; they will drink and drink and be as if they had never been." I know this is another warning, but it is interesting that it says the nations will drink. Jesus is the living water (John 7:37) and because of him, anyone, from any nation has the opportunity to receive him as their Lord and Savior. It is also a reminder to me that sin can leave you dehydrated.

Most of us are familiar with the Book of Jonah. Jonah is a man running away from God because he's scared to do the job God asked him to. In the mean time, he runs in the other direction, gets on a boat in Joppa (pictured above) and a big storm comes. He tells the men to throw him overboard, which says he was even afraid to do it himself. He gets swallowed up by a big fish. After three days, the fish spits him out and he finally does what God tells him to. We usually end the story there. Actually chapter 4 is just as important because it exposes Jonah's heart and God's. Jonah runs from God, yet God still protects him and then he's angry with God because of his mercy on a sinful people. Like Jonah wasn't sinful disobeying God? Jonah didn't seem to be a particularly happy man. He asked God to take away his life. He'd rather die than live. God challenged Jonah by asking him why he felt he had the right to be angry. Jonah decided he wanted to hang out and see what God was going to do with this city. Then once again, God provided shelter for Jonah with a vine. This vine protected him from the scorching sun. But the next day a worm ate it up. Again Jonah was angry with God for taking away his shelter. God once again confronted Jonah on his attitude. God asks Jonah why he is concerned about this vine even though he did not make it grow or tend to it. The people in Ninevah mattered to God. But here is the "I wonder" in this book. It is the only book that ends with a question. God says to Jonah, "But Nineveh has more than a hundred and twenty thousand people who cannot tell their right hand from their left, and many cattle as well. Should I not be concerned about that great city?" (Jonah 4:11) This does say a lot about God's mercy and compassion on the people who don't know Him. It shows how much God desires us to partner with Him. It also reveals man's selfish nature, even in being obedient to what God's asks of us. It truly is a matter of the heart.
This book leaves us with a cliff hanger. I wonder if it is God's way of asking us, how conerned we are about others. I believe it also reveals how much God loves us and wants us to recognize any selfhishness that we may have, so that He can remove it from our lives. There are many Believers today who live their lives like Jonah, including me. Like the vine in chapter 4, insecurity and fear is what shelters our selfishness. The dictionary defines selfishness as devoted to or caring only for oneself; concerned primarily with one's own interests, benefits, welfare, etc., regardless of others. I must confess, I land in that category more often than I would like to. Take some time to reflect on times when you've allowed insecurity or fear to shelter you from what God has asked of you. Get to the root of that vine and allow God to send the worm to eat it up. Don't be angry with God or yourself if it does show up. This is another plot the enemy uses against us to keep us from moving ahead. Instead, repent and ask the Lord for forgiveness and forgive yourself as well.
Every story in the Bible is a brush stroke in the bigger picture of God's plan. I wonder if while we are reading God is pointing His finger at a verse or passage that He wants us to see, but sometimes we miss it because we're to busy "wondering" about our own circumstances. Be careful what you allow yourself to "wonder" about.
Posted by Jayme at 9:30 AM